Have you heard about an Indian Nation wanting to join the newly forming United States of America in 1778? Me neither. In fact I found out by accident and I thought others would also like to know about it.

When I was on tour at Freedom Hall in Philadelphia, I had to wait in line for the Liberty Bell so I dropped in on a speaker at who was sharing information on the historic happenings in the early days of the forming of the United States. My jaw dropped when the park ranger told the story of Chief Kukwèt’hakèxtun(Whites Eyes). In 1776, Chief Kukwèt’hakèxtun of the Delaware Tribe of Indians went to the  Continental Congress to make a request on behalf of his people.

I quickly raised my hand and asked, ” How can this true and we don’t know about it? I was an undergrad in American History and never heard of the story”. He said it was true on both fronts–that it happened and that it is not common knowledge.

I have been trying to find more about this ever since. At one point, I found a citation in Exiled in the Land of the Free by Vine Deloria Jr. et all. The authors state that in, “1778, the Confederate Congress of the United States made a treaty with the Delaware Indians. among the terms of that treaty is an offer to work mutually toward the concept of an American Indian state joining the United States:

And it is further agreed on between the contracting parties should it for the future be found conducive for the mutual interest of both parties to invite any other tribes who have been friends to the interest of the United States, to join the present confederation, and to form a state whereof the Delaware nation shall be the head, and have a representation in Congress: Provided, nothing contained in this article to be considered as conclusive until it meets with the approbation of Congress…. (113).

I also found a blog post about it but not much more.

Then I got lucky. I met a descendent of Chief White Eyes, Larry Heady, and asked him if the story was true and what perspective he had on the 14th state. 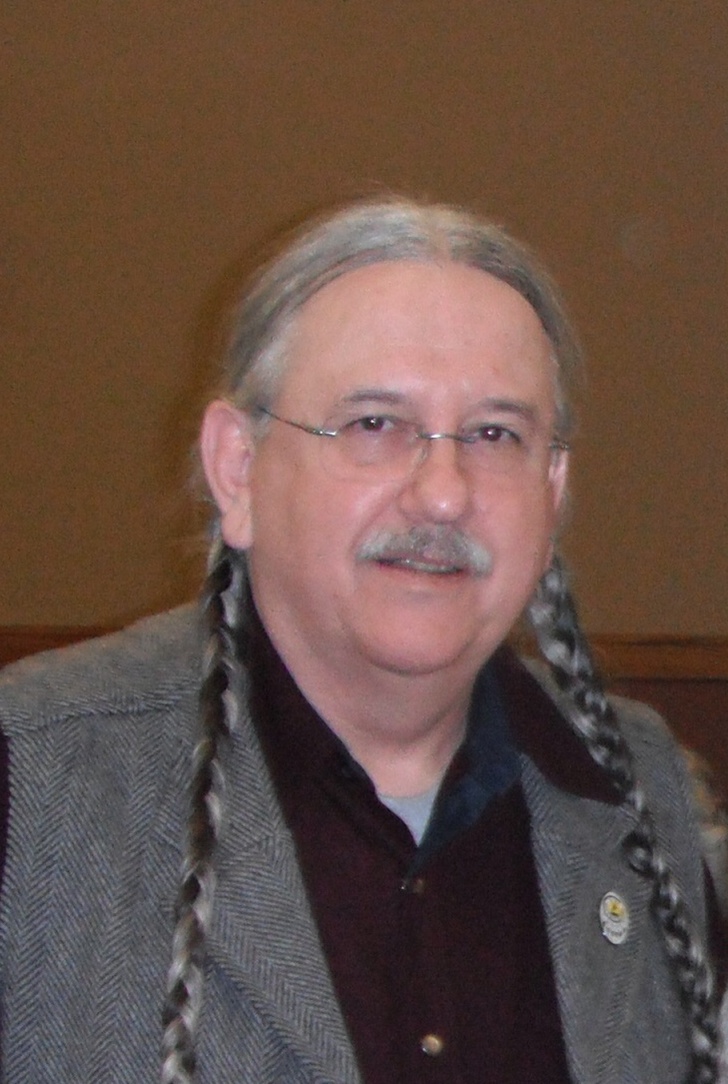 This is what Larry has to say:

I am Delaware.  We keep this story alive among our people—I even have an old powder horn with a beaded bandolier showing the 14th or “unlit council fire.”  In those days, my grandfather Kukwèt’hakèxtun had been advised by his grandfather Nètëwatëwès that the English would someday go away but the Americans were here to stay—we must find a way to live with them.  Both Kukwèt’hakèxtun and Nètëwatëwès saw the need to try to hold on to all Indian lands west of the Alleghenies and the Ohio River.  We had already lost our homelands in New Jersey, New York and Eastern Pennsylvania, so we must hold one to our new lands in Ohio and Indiana.  More than anything, our people wanted a seat at the American’s council fire (Congress) to ensure the preservation of our people.  So, my grandfather negotiated a treaty that pledged the support of the Delaware people in the American’s struggle for freedom.  He met with the Continental Congress at least three times that I know of.  Eventually, the Americans pledged that we would have a permanent delegation to the Congress in exchange for Delaware material support on the “western front” of the Revolutionary War.  This was the first Indian Treaty signed by the new United States of America, at Fort Pitt on September 17, 1778.  My grandfather was murdered the following November by Pennsylvania or Virginia militia…

Can you imagine how different our history would have been if there had been a permanent seat in Congress for our native Nations?  Diplomacy and oratory were well known and valued among our people.  To have our rights and interests recognized as equal to those of the original 13 states!?  What would Indian Country look like today if that had happened…??

We may never know the truth of this story beyond the basic facts or why it has been buried to history. What I think is important is that we bring it back to light as well as the man who originated the idea of the 14th state of the United States of America. What will it take for it to become part of the story?  I would hazard that many other stories will need to come to light as well. Stories that may upset the pilgrim and Indians myth but are critical for all us to start the healing process of racial reconciliation in this country. Acknowledgment of truth is one key to the process. Our miseducation can lead us to want to hold on to stereotypes and myths like the Washington Redskins and other mascots or not want to honor the many American Indian treaties. When we don’t our history we really can’t know ourselves.