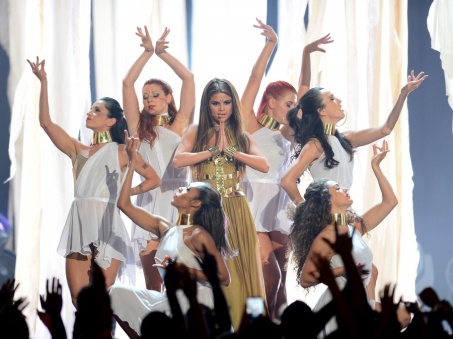 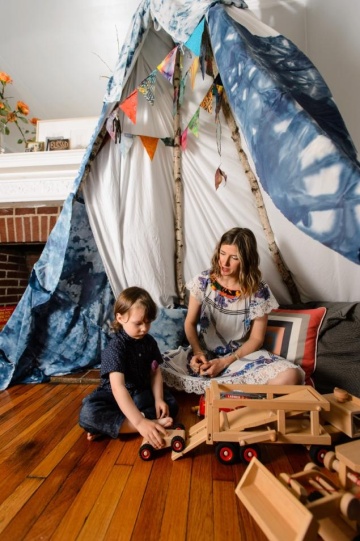 This question has been on my mind lately as I observe our behavior at work, in the grocery store, shopping and social media. You name it, my thoughts are full. What culture am I writing about?  Is it the big culture, as in the dominant culture, or little culture, the culture we personally experience every day? I mean both, especially the dominant culture because whatever it does affects us all. The reality of New Yorkers making Dakota tipis in their living rooms and the Washington Redskins deciding to keep their name make me take pause. What do I mean by owning culture? Is that even possible? The easy answer is that no one can own a culture. In fact, my culture is my own, your culture is your own and the culture of our friends and neighbors belongs to them. This framework would allow me to think that no one can ever take away my culture. Is there a law against this? Should there be a law?

The reality though is different. There seems to a lot of culture cut and paste happening in the world especially with young people and corporations. Culture cut and paste means exactly what we do on a keyboard with words and sentences: a person finds something wonderful from another culture, “cuts” it from the original culture and “pastes” into their cultural lifestyle.

Recent examples are Selena Gomez at the Billboard and MTV Movie Award shows in her Bollywood inspired song, dress, bindi and dance; a Latina embracing East Indian style. Macklemore/Ryan Lewis and Pitbull (and many others) are White and Latino rappers, embracing the musical style of African Americans.

A global example is the Germans who love “Red Indians”. There are many groups of Germans who get together to practice the culture of “Red Indians” and they have been doing this for decades. They bead, they dance and sweat.  Indian Country Today said it best that it is “touching and occasionally surreal”. Let’s not forget our own American obsession in the Boy Scouts Order of the Arrow where boys take an Indian name, wear regalia, perform “Indian” style and pretend to be an Indian in order to get a badge.

Is this ok to do? Should we care? Who has the right to take something from one culture and use it or practice it without any interaction with the source culture? Anthropologists call this cultural reciprocity but I don’t think what we are seeing today fits that general description. The two most prominent American examples of one culture “owning” another culture that come to mind are:

Both examples illustrate that one dominant American culture acted in an unjust way that they owned another culture and could force American Indians and African American to give up their cultures. This foundation has consciously or unconsciously laid the foundation to give the dominant American culture permission for people to operate with their own cut and paste behaviors without asking anyone for permission or regard for the cultural source.

So what can we do in this day and age of a shrinking, flat world where we are having more opportunities to mix culturally than ever before?  Will there be a world of cultural property like intellectual property?

The Indian Arts and Crafts Act of 1990 could be considered something in this vein. It is designed to protect the arts and crafts of American Indian nations from fraudulent practices in the United States. How robust a law is that and is it doing its job to protect what is set out to do? Will cultures, especially those so very unique and in threat of assimilation choose to protect their cultural heritage from the infringement of others?

I invite us to consider justice. Where is the beacon of justice on this discussion of taking and owning culture without permission? Justice allows us to look at things with our own lens and not rely on others or be pressured to do something that might be wrong. Justice in this sense is not the justice meted out punitively by a court of law but the justice that comes from us. The reality that everyone on the planet has a basic human right to live freely and be treated equally leads us to the concept of collective trusteeship as defined in The Prosperity of Humankind. The trusteeship “creates … the right of every person to expect that those cultural conditions essential to his or her identity enjoy the protection of national and international law.

When asked about this subject of people owning culture today and culture cut and paste, Kevin Locke, award winning Dakota flutist and hoop dancer,  had this to say:

“It is a paradoxical situation. Currently we all have our own identity and have the right to self-identify in any way. I believe that in the eyes of God the limitations of race, gender, nationality are trumped by the spiritual reality of oneness.

“My personal example is the Dakota flute. Sometime in 1980 or so, someone changed the original Dakota tuning to a European style tuning structure. No one had a chance to find out what was there in the first place. No one in the dominant culture knew there was a Dakota tradition behind the flute.  What happened was that the new tuning process spread all over the internet, there were New Age recordings and it was popularized across the globe.

“I am in the process of recording the original Dakota songs so people will know the original source. The flute originates from a vocal tradition as represented on the flute. It is a style of poetry akin to Japanese Haiku.

“ The quote that I believe explains my point of view is this: ‘On the one hand, cultural expressions need to be protected from suffocation by the materialistic influences currently holding sway. On the other, cultures must be enabled to interact with one another in ever-changing patterns of civilization, free of manipulation for partisan political ends’. Therefore, it is ok to cut and paste other cultures as long as people are conscious of the origins.”

Let’s challenge ourselves when confronted with a culture cut and paste opportunity to consider investigating the practice through a lens of justice.  The following questions may assist us in this process of ascertaining justice:

The answers to these questions will lead us to make a just and equitable decision and hopefully prompt us to go to the cultural source and ask people their thoughts. If the answer is no, will we honor it? Every culture has the right to exist and be protected. Time will tell how the protective processes will be developed and implemented nationally and internationally. I believe that when we begin to interact with genuine friendships and mutual respect, many new things will begin to emerge. Imagine if the New Yorkers who want to make tipis went to the Pine Ridge Oglala Nation and asked what they thought about in-house tipis made of bright fabrics? Would they have their blessing? Now that would be something to see!

How do we, a diverse people with the capacity of justice in our hearts, cut and paste in a respectful and authentic way that honors the great cultural diversity of this planet? I believe, that when we come together to consult, and I mean all of us, we will grapple with the issues and figure out how to address these cultural issues in just and equitable ways.

So, can anyone own culture today? The answer is no. If we see the concept of ownership through our own eyes we would see that it is unjust.