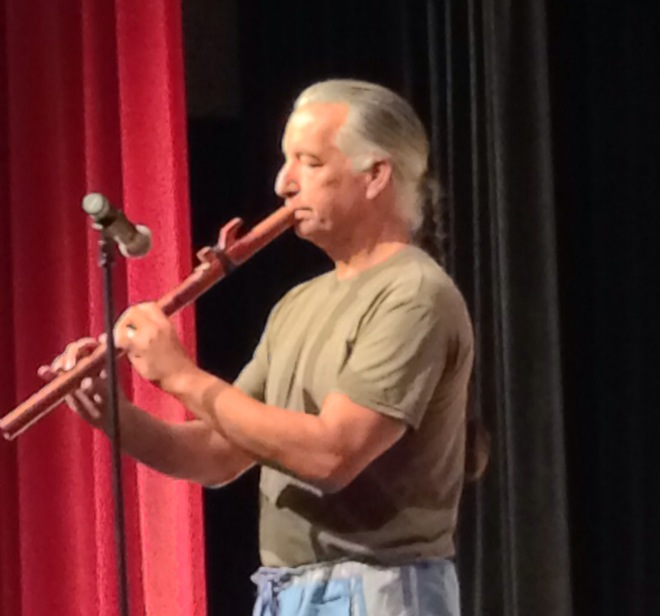 What if you were the last person on earth that knew one special tradition? What would you do?  Would you have the courage to speak up and take a stand or would you step aside and let it die?

I know someone who had to make that decision and is spending his life standing for a tradition that no longer exists anywhere on the planet. That person is Kevin Locke and the tradition is the Dakota/Lakota flute. Kevin is committed to ensure that the Dakota flute tradition will flourish for future generations. Listen here for a sample of Kevin’s talent.

Kevin is a hoop dancer and award winning indigenous flutist who has traveled to over 93 countries as a cultural ambassador of Dakota traditions. He has a vision called the First Flute to educate students on the traditional finger patterns and musicology of the Dakota flute. Kevin is a national treasure who serves as an example by tirelessly working to keep a global treasure alive for all of us.

He is a master traditional artist who has made major contributions to preserve the traditions and cultural diversity of the United States. Specifically he has taken the time to meet with elder flutists when he was young to learn the songs, record them, perform them across the planet and is now taking the next step of preservation.

So what is the first flute and what is Kevin’s vision for preservation?

Kevin, what is the first flute?

It is the title of a workshop I created that emphasizes the universality of the flute. Wherever you go on the planet, everyone has one. I also share a definition on my website.

What is your vision of sharing indigenous flute music in America?

The flute is a great entre. The American Indian musical esthetic is so unknown in the world, especially the US and so we can use the flute to educate people.

So what do you do in schools with the first flute?

Students can make their own flutes so they can internalize and familiarize themselves with a type of music that otherwise they might see as foreign or exotic. They also then take ownership. Students learn the notes and the Indian musical scale and then move on to basic melodies. Soon they can play any style song. The first flute program builds capacity and to play authentic indigenous songs in concerts. 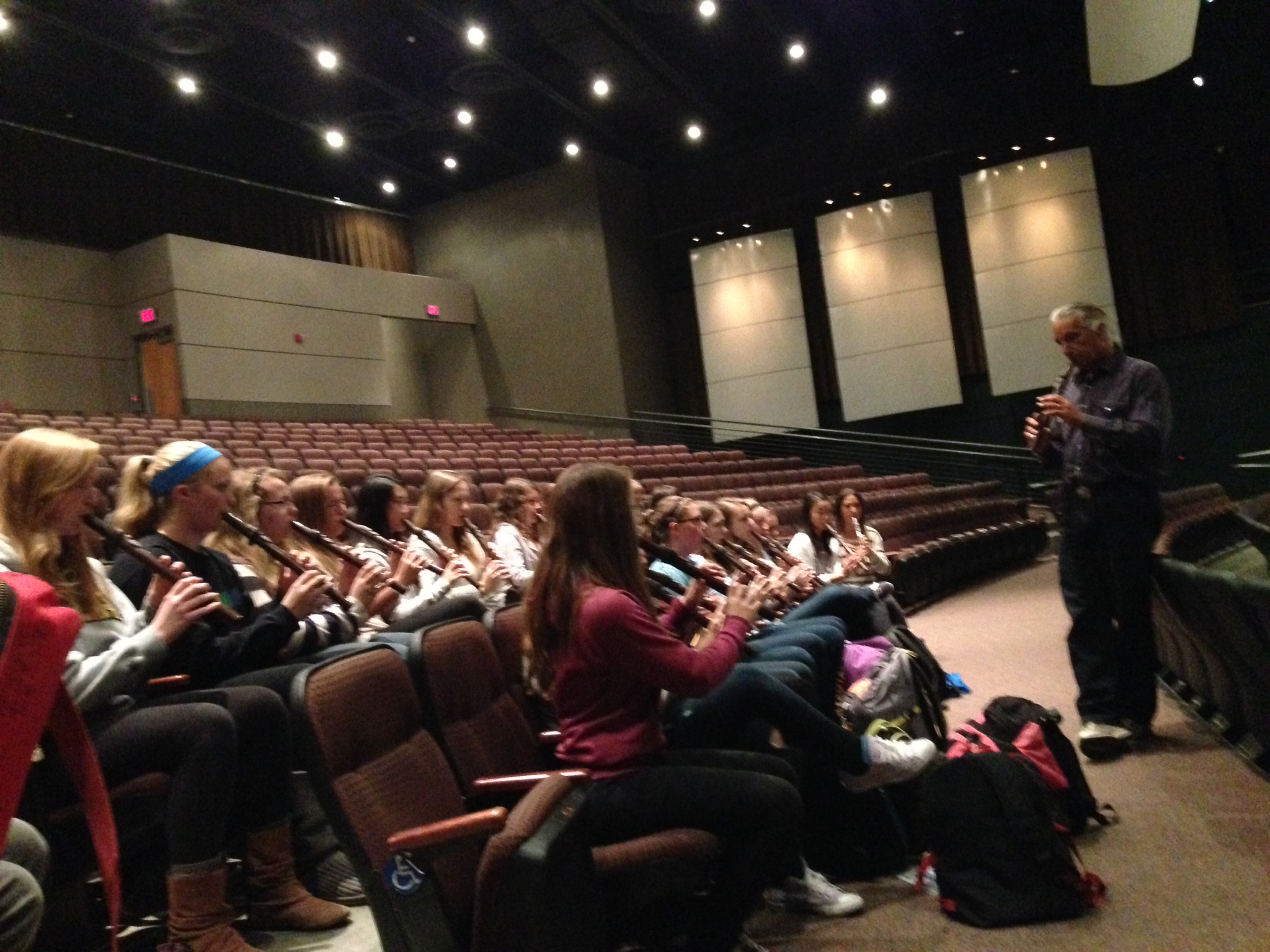 Recently, Kevin brought the First Flute program to Eden Prairie High School in Minnesota. It is a Minneapolis suburban high school with about 3,000 students, 35% of which are students of color and .06% are native. The school created an opportunity to test the first flute project to great success. At first glance, one might think that that type of school would not fit the profile of teaching students indigenous music. Also, we might believe that indigenous music only for native people only and should only go to the native schools. Actually both are important and need to be nurtured. Let’s find out why.

The benefit for non-native students is to learn an authentic musical style is that it interrupts stereotypes they may hold about indigenous people and opens them to a whole new world of music.

The benefit for native students is that they also learn about a tradition that has been lost to them and it is a vehicle for them to connect to their native language. Specifically in the case of The First Flute curriculum, students learn the Lakota language through playing the flute. It is an ingenious method of revitalizing the Lakota language.

School music programs all across the country play music that is cited as “Native American” music and teachers, rightfully so, believe them to be authentic. They look professional, printed in a book or a website and state it is a native song. Many however, are composed by European American composers “inspired” by native music like the “Ojibwe Love Song” and the like.  They are not authentic. The first flute project counteracts that use by providing authentic curriculum and music for schools.

Kevin, what is your biggest take away for this project at Eden Prairie?

The main thing is how much interest the students had for playing the flute and then to realize there is no limit to what they can learn.

What are your next steps?

First I need to finalize the curriculum. There is also interest in sharing Dakota songs for school choirs. My main goal is to continue to use the First Flute as a springboard for keeping indigenous music alive and well.

Thank you Kevin for taking the time to share with us. Also, for opening our hearts and minds to how we can from you to be a steward of our great cultural resources such as the indigenous flute. The First Flute at Eden Prairie High School is an example of many cultures coming together in a common love of the flute. It is important to make indigenous music to be at the forefront of American music because it is the first music of this country. Why shouldn’t everyone take pride in the beautiful cultures that make up America?