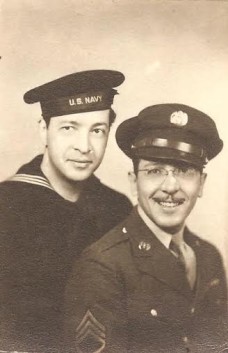 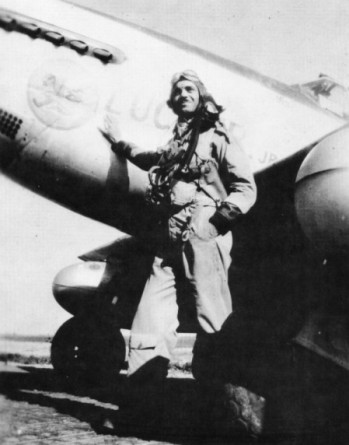 In honor of Memorial Day I want to share a family story. I have always wondered how common it might be. Just after WWII broke out in 1941, two brothers and their brother-in-law decided to enlist in the army. One chose the navy and two wanted to fly planes and chose the air force. There was a little problem for them: Jim Crow segregation laws that permeated the US Army. At that time, your skin color determined your future. It soon became clear that the two brothers of African American and Cherokee descent and their brother-in-law of African American descent as well, would not be able to enter the army of their choice. At that time black men were relegated to janitor or cook positions. It is no wonder that someone might want to pass if they could.

No one knows what, when and how they discussed circumventing the race rules but we do know the outcome. My father and his brother convinced their mother to go to the Topeka, Kansas Department of Vital Statistics to change their birth certificates from Negro to white. She mentioned to the clerk that the hospital had made a mistake. My grandmother’s request was a success because two new certificates were mailed with the desired white race classification. My father was admitted into the Navy and my uncle into the Air Force.

Their brother-in-law enlisted in the army and was assigned to the 9th Calvary. Later he was accepted into the army’s experimental pilot training program for Negroes which became the famed the Tuskegee Airmen. He was also assigned to military intelligence. In a few short years, my uncle flew to fame as the pilot of the iconic Lucifer Jr. P-51 fighter airplane and became the commanding officer of the 302nd Fighter Squadron. He retired with honors as a colonel and flew three air-to-air combat victories. He later was interviewed by filmmaker George Lucas and his story was used in the Red Tails film.

My father had not yet changed his name in 1941 but had created a new racial identity that he shared with his white peers. He became someone of French ancestry who was “descended” from a line of French barbers. He later was dismissed due to a foot ailment and did not see action. After the war, my father created a new name with a French flair and a white identity that he chose to live with for rest of his short life. He died at the age of 55.

My uncle, of the changed birth certificate, became a distinguished pilot and retired with honors. He also created a new racial identity of white, albeit with his birth name, and never shared this with his military colleagues or his children. To my knowledge no one (except his white wife) ever knew he had a dual life.

I always wondered what happened to people who were admitted into the army and were later caught with false certificates regarding racial status. Did this happen? Was this a common practice? I googled the topic and was unable to find examples.

I often reflect who is the real hero here. My Uncle Cres, my father or my other uncle? How could it be my father or my other uncle? Why did my father and Uncle Charles go to such depth and risks to separate themselves from their African American and Cherokee heritage? Living with a secret must have taken a psychological toll on both of them. I may never understand my family’s decisions or what decisions I would make in trying to live within the confines of Jim Crow but I accept the choices that they made.

In spite of the strict restrictions on all three men, they made their decision to serve their country no matter the odds and to accomplish their goals. I am proud of them all! As we honor all veterans this Memorial Day, let’s give thanks to all who have served no matter the color of their skin, gender or sexual orientation. I believe they all are heroes and heroines!

2 thoughts on “Three Men, a War, and Race: Honoring Our Veterans on Memorial Day”